How to Prevent and Handle Non-Paying Customers

Are your clients behind on payments? Learn how to prevent and handle non-paying customers in this video, then call our New Jersey lawyers now.

What can I do if my clients aren’t paying me? 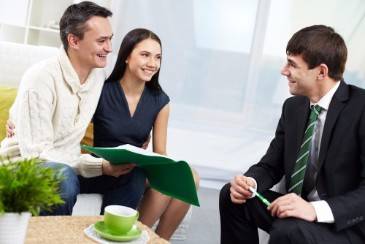 One of the most common disputes that we deal with in the context of businesses is that people aren’t paying them. You have other businesses, consumers, or clients, that are not paying them, and they ask, “What is my recourse?” The answer is something has derailed inside of the process. Clients who are your raving fans can’t wait to write you that check because they love what you’ve been doing for them. Something has happened – whether you did it, they did it, somebody else did it, something happened – and you’ve lost your raving fan status with this person.

What is the recourse? Turn them back into a raving fan. Figure out why things got derailed with them, why they don’t want to write you that check, why they’re not paying you, why they’re not so thrilled with what you’re doing and the value that they’re getting from you that they’re falling over themselves to write you the check on your invoice. Most of the time it’s because one of their needs aren’t being met. Everybody has human needs that need to be met. Those are the need for certainty, the need for variety, the need for significance, and the need for growth, connection, love and contribution to give back. If any of those human needs are not being met by you, chances are, you’re going to end up with a person who is not your raving fan.

The first thing you want to do is figure out if you can and want to restore that raving fan status to meet their needs. If that can’t be done, you have recourse, especially if you have a contract that exists between them and maybe an enforceable contract. Even in that process, you can still – pre-litigation, pre-filing of a lawsuit – convince them that they should do the right thing because you have an enforceable contract, and you should do that. Why? Litigation is not therapy. It’s not 100% guaranteed, even if you have the best contract in the whole wide world, that you’re going to collect. You want to do everything in your power to resolve that conflict and resolve that dispute before it escalates to a litigation.

If you can’t or won’t do that, or don’t care to do that – let’s be honest with ourselves – and you want to hire an attorney to do that, then you want to find someone who’s both caring and urgent, and is going to be appropriately aggressive for you, meaning they’re not going to needlessly escalate the situation, but they’re going to confront, they’re going to bring truth into the situation, and they’re going to try to get you a resolution as quickly as humanly possible and produce a unique and efficient result for you. If you can’t do that, guess what, litigation may be your only vehicle available to you.

By the way, that may be good enough. The filing of a complaint can sometimes make people come to the table. They aren’t going to be happy, but they will come to the table and write you a check. Before you do that, you need to make a very sober, business-oriented decision. Ask yourself: Do I want to turn a person who’s a little disgruntled into a very angry person? In the grand scheme of things, the check that they need to write you is not worth the need to escalate.

That’s why you want to find someone that is skilled in confrontation, skilled in negotiations, skilled in conflict and dispute resolution, that can resolve this before litigation and even, by the way, make the client feel good – even after you’ve sued them! – by actually hearing them, and listening to them, and recognizing their needs aren’t being met. Maybe they come to the table and they go, “I wasn’t right to withhold the check. Mike, you’re right. I was wrong in this situation. Thank you for hearing me. Thank you for seeing me.”

Just recently, we got a telephone call from an adversary – not the attorney – in a case. They called to ask us to represent them. What?! What are you talking about?! One of the things she said to us was that in deposition, which is supposed to be the most conflictual thing inside of a lawsuit, she actually felt like she was understood by our attorneys. What an absolute crazy thought, actually hearing people, recognizing them, letting them be seen, heard, and understood at the crazy highest levels, even when you’re confronting them and questioning them to the point where they go, “I need an attorney. Let me call the guy who was in deposition with me, who was taking me apart. That guy is the right person for the job.” That happened. That exists. That’s the kind of person who you want representing you in any of these types of conflicts because they’re going to produce that unique and efficient result for you. The only way you’ll get there is by being caring, urgent and appropriately aggressive.

If you have any questions about this, you can contact us here at Callagy Law.

Do you have questions about how to prevent and handle non-paying customers? Contact experienced New Jersey Business Litigation Lawyers at Callagy Law today for a free consultation and case evaluation.