Are you dissolving a partnership agreement? Watch this video to learn why you need an attorney, then call our litigation lawyers for a review.

My partner and I have decided to dissolve our business; Why do we need an attorney? 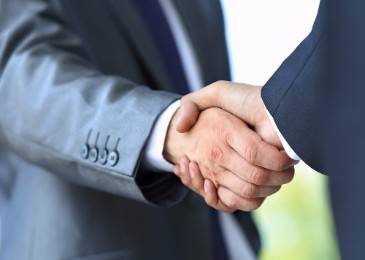 You and your business partner want to dissolve your business and you’re wondering why you need an attorney. It seems like a very straightforward process. It’s not. When you’re getting into a dissolution or dissolving a business with a partner, there are a lot of legal nuances that you need to be aware of. First, what corporate form does your partnership even take or does your business even take? Is it a general partnership? Is it an LLC? Is it an S corp? Is it a C corp? Is it publicly traded? It could be extremely nuanced. First, you need to know what type of business you are actually in. Is it an LLC? Then you need to file paperwork with the state formally dissolving it. It could be an LLC and you may need to notice the state that your business is not going to be an active entity anymore because the way that the government and the state treats legal entities is like a person it’s almost like you’re filing like a death certificate or something like that.

Additionally, while two business partners, let’s say, have been working together for 50 years think that they’re going to be able to dissolve a partnership or an LLC or whatever rather easily. There can be a lot of nuances when it actually comes to distribution. Let’s say, for example, there’s $500,000 in revenue and you think we’ll just do it $250,000 and $250,000 and that’ll be it. What about revenue up the road that still may come in? let’s say you want to dissolve the partnership on January 1st, 2021, but let’s say there are some outstanding receivables that are going to come in even later on in the year. One business partner thinks, actually, 75% of the outstanding receivables were from my clients so I don’t think it’s fair that you’re going to get 50% of the outstanding receivables when the majority of that was my clients.

Additionally, you may want to set up in the future some previsions or contract with you and your business partner for any contingencies that arise in the future. Let’s say you’re a pool developer and you’ve been installing and filling the pools and landscaping around the pools for 50 years and it’s time that you end the partnership or end the LLC and then that’s it. However, let’s say you’re doing a pool and then a year and a half up the road after your company is done, dissolved, you’re not even working together with your partner and you’re down in Florida enjoying retirement, let’s say you get hit with a lawsuit. Let’s say it was a lawsuit based on a project that partner A was doing over partner B. Perhaps you want to have a contract going forward between those two people to say if we get sued, either one of us with work that we’re doing when we were doing business for the partnership or for the LLC, we both have to contribute towards the defense cost, we’re both going to get a lawyer, we both have to come to a decision about how we want to approach this litigation going forward.

Let’s say one partner says, you know what? That’s not worth the time and money. I want to go enjoy my retirement down in Florida or Hawaii. Partner A, I’m going to pay you $100,000 additional in whatever outstanding receivables where at the close of the business to say, even if we get sued, it’s completely on you. I want to be living off coconuts in Hawaii and I don’t want to be dealing with anything like this. These are some of the contingencies that you need to think about when ending the partnership. That is one of 1,000 contingencies that could happen even when you think the company is going to be over and you’re putting that chapter of your life behind you, previous business dealings always have a way to come back usually later, much later than you previously expected. If you have any questions about dissolving a partnership, dissolving LLC, setting it up for these contingencies, feel free to call us.

Do you have questions about dissolving a partnership agreement? Contact experienced New Jersey Business Litigation Lawyers at Callagy Law today for a free consultation and case evaluation.