Was your company accused of business fraud? Watch this video for guidance, then call our New Jersey business litigation attorneys today.

My company has been accused of fraud; what should I do? 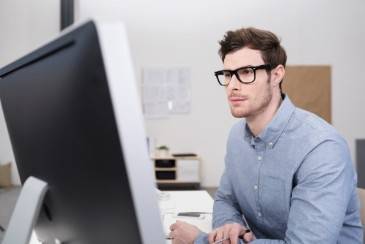 Your company has been accused of fraud. No one likes hearing the word “fraud.” It means you’re a liar. It means you’re dishonest. It cuts you to your core. What do you do when these serious allegations of fraud are now left at your doorstep? One, obviously, is you retain an attorney because your attorney is going to have the proper process and procedure to figure out what to do in this very scary situation when you’re probably very worried.

One of the things your attorney is going to do right at the outset, right at the beginning is what are the specific allegations of fraud. Who is making it? Is it a previous client? Is it an adversary, a competitor of yours? Is it someone within the company? Is it government coming to you and saying you’re committing fraud? One of the things they’re probably going to do right at the beginning is who is the person and what specifically are they saying. What specifically are they saying? Because if it’s some boiler plate general allegation of fraud, let’s say for example, you’re a medical provider, and an insurance company, Horizon, All State, Geico, is saying that you’re engaging in billing fraud. Billing fraud is a very general broad term. You want to be specific. Your attorney is going to reach out to the Geico or Horizon and say what are you saying exactly. Are you saying I’m charging for services that I’m not actually providing? Am I engaging in upcoding? Am I engaging in down coding? Is the way that my entity is set up where I’m billing out of out of network rates when I should be billing in network rates? What exactly are you saying, insurance company? That’s number one.

Then number two, let’s say you get the answer from the insurance company. We’ll say, “John Smith, medical provider, we think that you’re charging for services and submitting bills to Geico that you’re not actually rendering. You’re saying that you’re treating 50 patients a day and we have proof that you’re only treating 40 patients a day and we want money back for those ten patients that you actually didn’t render services for.” The number one thing that you should do right after this is, is that true? You probably want to conduct your own internal investigation or just ask around is this true for what I did. Even though it may have been unintentional, let’s say you got a new billing person who is submitting these bills to the insurance company, it could have just been an error. The Geico or Horizon is saying that you’re engaging in intentional fraud, it could have been an error.

Let’s say you go to your billing specialist, and it turns out you were actually are submitting bills to Geico for 50 clients or 50 patients and were only seeing 40. In that circumstance, the best approach when dealing with these insurance companies is just tell them. Be honest. Be upfront and say, you know what? It’s true. For the past three months, we’ve been using a new billing person. We did not mean to be billing for 50 patients. We have been billing 40. Can we come to a resolution? Although insurance companies, especially in New Jersey, can be stubborn, unreasonable, egregious, maybe a lot of things, if you are upfront with them about this type of dispute, more times than not, they will say, okay, we can come to some resolution, we don’t need to alert DOBI or some other governmental body, and we can come to some resolution because you’re saying it wasn’t intentional and you’re being honest and upfront with it.

Let’s say, however, the exact opposite happens. You’re going to your billing person and say, “No, I keep very strict detailed notes in this Excel spreadsheet and here are the 50 patients that we saw, and I am willing to stand by my bills that I submitted to Geico or Horizon and I think I’m accurate.” At that point, your attorney should reach out to the insurance company and say, okay, here’s what we’re going to do. You obviously don’t believe us that we billed for these 50 patients, that we saw 50 patients. Let us provide you information. In that point, you can send over the Excel spreadsheet, you can send over medical records, and it’ll be like this mini audit showing why John Smith, medical provider, is actually telling the truth.

If that doesn’t happen and the insurance company is still being unreasonable, then at that point, honestly, you can do actually a couple of different things. One, you could be aggressive and file a lawsuit against Geico or against Horizon asking for a declaratory judgment from a judge saying, “Judge, Geico is accusing us of blatant fraud that’s completely not true. Here’s the Excel spreadsheet. Here’s the medical records. Tell them that they’re wrong and we want attorney’s fees on behalf of it.” If you want to take an aggressive approach which may obviously cost you some money in attorney’s fees.

Maybe you want to take a more laidback approach, say, “You know what? Geico is huffing and puffing, puffing their chest out, saying we owe them the money. I know that I have the truth on my side. Let’s see what Geico does.” At which point, just wait and see what happens. You know what? Geico made just go away, go bother another medical provider for whatever issue they’re having.

Let’s say a year up the road, it’s now a new representative who’s working on behalf of Geico. They reach out to you and say, “Hey, I’m taking over my predecessor’s file. I see that they served a demand letter to you saying that you were engaged in fraud. What’s going on here?” You’ll say, “Robert Smith, I didn’t like your previous representative because we tried showing them this information that we’re being honest and truthful and that we weren’t engaging in fraud, but they wouldn’t hear us out. Here are these same Excel spreadsheets. Here are the patient records. Review them. Any questions, reach out to me and I’ll show you why my medical provider is telling the truth.”

There are, again, a whole host of options. You could be aggressive, not aggressive, you can provide a whole bunch of documents, or again, maybe unintentionally, you did engage in some improper billing, and you just want to be honest, candid, and straightforward with the medical provider. Any questions on any of the approaches you want to take, feel free to call us. We’ll tell you why one is better than the other, and we are happy to answer any of the questions that you may have.

Do you have questions about your company accused of business fraud? Contact experienced New Jersey Business Litigation Lawyers at Callagy Law today for a free consultation and case evaluation.