Do you have questions about common mistakes in commercial insurance medical revenue recovery? Watch this video, then call Callagy Law. 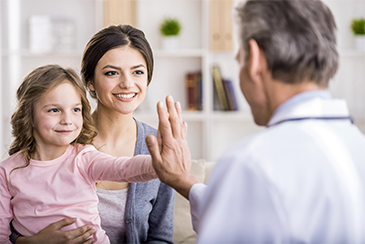 A lot of our conversations with medical providers, particularly surgeons, are in the area of commercial insurance and whether someone has been underpaid.

The problem, and it’s a pervasive one in the medical industry, in the commercial insurance context, is their assumption that they’re underpaid when they may not be underpaid. First, let’s define what underpaid means. If you are an out of network surgeon and you operate on a patient, you bill that patient’s insurance carrier. That patient has a healthcare plan that governs how much you’re going to get paid by that insurance carrier. It’s not the billed amount. There’s no fee schedule like you have in PIP where it’s publically available and you can go there and look at the CPT codes that are being billed and know what you’re supposed to be. Nor is it like workers’ comp which says under the law that you’re going to be paid your usual customary rates. The fees you’re paid are governed by the patient’s health insurance plan. Inevitably, or in the overwhelming majority of cases, the medical provider doesn’t have the patient’s healthcare plan.

How do you know you’ve been underpaid under the plan if you don’t have the plan? Most respon that they did an appeal and tried to get their usual customary rates. They wrote back and in the appeal response, they said we only pay out of network providers 150% of Medicare. That’s the catch. If this amount you got paid, you billed $100,000, you got paid $6,000, but if that’s 150% of the Medicare rates and the plan says we pay out of network providers 150% of Medicare rates, you’ve been properly paid. End of story.

The failure on the part of the medical community to know what they’re supposed to be paid under the plan is the most pervasive problem. They do call. They get authorization. Maybe the rep on the other side will make some representations as to what the plan pays. It’s never adequate enough information to have make an intelligent decision. It could be wrong, and if it’s wrong, you may have some legal recourse, maybe not, but chances are the plan is going to govern anyway. Depending upon the plan, you may be in federal court. You may be in state court. You may be in some particular state arbitration. You may be in a different type of state arbitration. There are six or seven different forms you might be in depending on the plan for recourse. There are time limits that are stated in the plan that the provider is not going to know about. The reimbursement levels are going to be stated in the plan. Many of these providers are not good at getting the patient’s healthcare plan prior to the treatment. That is absolutely critical. You can’t make a determination that you’ve been underpaid unless you have the plan in the commercial insurance context.

A lot of the challenges associated with commercial insurance are getting the patient to sign certain documents where we can try to get the plan from the employer that’ll enable us to try to get the plan from carrier. The best place to get the plan actually is from the patient if they are coming in for an elective surgery. I’ve been trying to help school our medical providers, especially in the commercial insurance world about how to get better at getting the plan prior to surgery. There’s all these challenges but you can’t make a determination that you’ve been underpaid unless you have the plan and you’ve looked at the plan and compared the reimbursement to it and can then conclude that it didn’t pay you properly under the plan. That is probably the most pervasive deficiency in the medical community when it comes to commercial insurance.

We’re here to help you through that. We have some very special services that we bring to bear at Callagy Law on the commercial insurance side. We call them action legal services where we actually go in and we sit down with your staff. We get you the paperwork you need upfront. We train your staff on the best ways to get the plan, how they can do that, and then analyzing the plan afterward. We’re happy to talk about that service with you. We’re here at Paramus, Callagy Law. Give us a call today.