Do you have questions about the common issues with PIP medical revenue recovery? Watch this video, then call Callagy Law.

What common issues arise during the process of PIP medical revenue recovery? 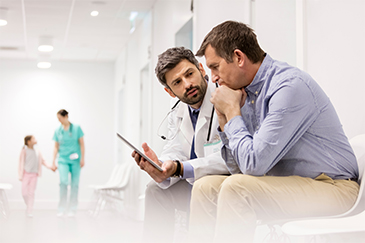 The following are some common issues that we see in PIP:

The most common issue is medical necessity, as you would expect. Here we have our treating doctor who opines that the patient needs this treatment, be it a surgery, conservative care, MRI study, etc. Basically, there, the PIP carrier will have their own doctors. Let’s say they opine that the treatment is not medically necessarily. Now, a medical necessity denial can come in a couple of ways. One way is the PIP carrier’s doctor may just review the records and issue what we call a paper denial, an MDR, medical directory review, that type of thing, and they would deny it. We basically go to arbitration. We argue that the treatment was medically necessarily. They argue that it wasn’t. It’s basically a battle of the proofs. We basically garner all the support that we can, including medical rebuttals. Sometimes our doctors testify, even the patient. Really, the most important thing there are the contemporaneously medical records. We encourage you to have detailed records explaining all the patient symptoms and why the doctor thought the proposed treatment was medically necessary. Contemporaneously medical records help us the most in arbitration. That’s very common.

A secondary common issue is causality. Let’s say the patient undergoes a big spine surgery. Perhaps the PIP carrier’s doctor says, hey, that was medically necessary. That patient really was suffering and needed the spine surgery, but they think that the patient’s spine injury was pre-existing. It was there before the accident so they don’t want PIP to pay for that. Here we go again. The proof is in the pudding. We need very good proofs. We get as much support as we can. Causality is a very big issue, very common issue.

Then we have a panoply of many billing issues. Maybe the PIP carrier paid you but not enough. One very common issue is UCR— usual customary and reasonable amounts. Basically, the way this works is DOBI has promulgated fee schedules. If the CPT code is not on the fee schedule, usually UCR applies. How much does that provider usually and customarily bill? We have to prove that by example EOB. Then the carrier will generally use a national database. UCR is a common issue. One subset of UCR is that the carrier will say, hey, even though you billed this code, it’s very similar to that code which is on the fee schedule for a much lower amount. We basically have cross walk issues constantly.

Another billing issue we have is something called NCCI edits, which is PIP has incorporated this Medicare world where Medicare says you can get paid for this code but pursuing to these NCCI edits, you can’t get paid for this other code. Sometimes we can never get paid for that code, or you can get paid for another code if you use an appropriate modifier. The medical records will support reimbursement. We have NCCI edit issues often. We will have PPO issues where our providers might be in a discount contract, a preferred provider organization contract, which would allow the carrier to take advantage of the PPO and pay less. Issues there involve interpretation of the contract, which is very frequent, as you can imagine. Lawyers often disagree. Perhaps our provider terminated the PPO but the carrier didn’t know that so you might say, whoa, you can’t take those reductions. We have to pay the full amount. PPO is very prevalent.

We have a multitude of billing issues that come up in different flavors. Those are the most common ones. Basically, the bottom line here is if you have a file and you’re not sure if it’s something that you could recover, give us a call. We often say to our providers, send us some paper. Let’s see what you billed and the medical records. We’ll do a very prompt assessment because the last thing that we want is for you to leave any money on the table for the insurance carriers. We’re here at Callagy Law. We’d love to help you in any way. Give us a call today.