Are you going through the commercial litigation process and have questions? Check out this video, then give our New Jersey lawyers a call now. 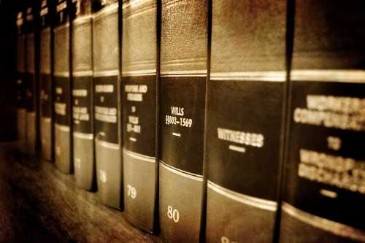 When you get into litigation, there is a massive amount of uncertainty that’s created. A lot of it has to do with not really fully understanding what the process is for litigation. Before we ever get into litigation, there’s an entire phase approach to getting to resolution that involves telephone calls, emails, demand letters, potentially pre-litigation mediation where you get a retired judge or skilled attorney in the area to try to mediate the disputes. There’s confrontation and conflict in the entire process, but once you are either against your will being sued as the defendant in the lawsuit or you want to file a lawsuit, the process is fairly simple. There’s the filing of a complaint, which basically provides notice to the other side of the nature of the allegations. It doesn’t have to be completely comprehensive and include every single fact; it just has to give them enough information so that they understand the nature of the claim. Then you identify what the causes of action are.

For example, if you have a contract, and they breach the contract, you have to describe what the terms are of the contract, what the duties and promises were, and then how those duties and promises were breached and how that has caused you damages. Once you can do that, you have a complaint which gets filed, and then the other side has an opportunity to either file an answer, meaning they respond to the allegations, or they seek to dismiss the action. From there, once you get past that initial pleading stage, you’ll get into probably the most expensive part of any case and that’s the discovery process.

During the discovery process, you have the ability to ask questions, which are called interrogatories, you have the ability to demand documents, referred to as a request for production of documents. You can even write sentences that are stated fact that you want your adversary to say admit or deny, which gives you the ability to simplify the case substantially when they go, “Admit, admit, deny, deny.” In practice, that’s not the way all of that works. Most of the time there’s some gamesmanship by attorneys and they try to answer questions as responsively as they can without getting into trouble, and that may not involve a lot of transfer of information. That’s why you have the depositions.

What is a deposition? A deposition can be of an individual or it could be of a corporate entity, where you ask the corporate entity to designate a particular person to answer questions as if they are the corporation or the company, the LLC or partnership, whatever. The deposition process is like the way you see on TV. It’s testimony, asking of questions and answers in order to gather as much information as humanly possible. Basically, that sums up the whole discovery process.

Then you get into what’s referred to as a dispositive motion phase, which is, “Hey, we finished discovery. We have all the facts and evidence that’s going to come into this case, that’s been disclosed. As a result of that, we don’t need a trial. We can go ahead and dispose of this case just on the facts that are available to us.” You have your dispositive motions, like motions for summary judgment, motions in limine, and other types of things, and then you get to your trial, which can either be a judge trial or a jury trial. Sometimes, you don’t have an option to a jury trial. Certain issues that are dealt with, something called inequity, don’t give you access to a jury. Assuming you are and you decide you want to get to a jury, that’s what we’re talking about. Now you have a jury trial.

The court makes determination about the evidence, what comes in. The jury or the judge deliberates on the evidence that’s before them, and they determine whether or not the causes of action have been sustained. They make a decision. That decision then turns into something called a judgment, and then that judgment becomes enforceable against personal property or real property inside the state. At any point in that process there is opportunities and windows for settlement. Once you have a judgment, that becomes enforceable. There are opportunities to appeal decisions, but appeals are not based on the facts, for the most part; it’s based on errors and whether any errors occurred inside of any of those processes.

That’s basically it, in a nutshell, and that process can take anywhere from a year – sometimes shorter, sometimes six months, but that’s rare – but usually between a year and two to two and a half years is how long that process can take; sometimes it can be much longer. Sometimes it can be shorter, but that’s the process. Most cases don’t get to trial. Most cases resolve at some point in that process or in the pre-litigation phase, and even in the post-litigation phase they can resolve.

That’s it in a nutshell. We hope that gives the clarity that you need. To the extent that something was confusing, or you want more information, you’re welcome to reach out to us here at Callagy Law.

Do you have questions about commercial litigation process? Contact experienced New Jersey Business Litigation Lawyers at Callagy Law today for a free consultation and case evaluation.