Are you wondering if commercial litigation appeals can be handled later? Watch this video, then call our New Jersey business litigation lawyers.

Can commercial litigation be later appealed? 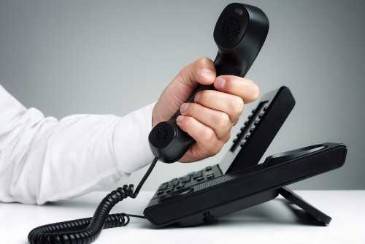 We’re often asked after an arbitration by clients what their rights are now that the arbitrator has rendered his opinion. The thing about arbitration is there’s very few instances in which it can actually be appealed. Usually, it has something to do with the bias of the arbitrator, but very infrequently does it have something to do with the way they applied the facts to the law. The reason why that is is that arbitration is intended; by intention, the process is supposed to be streamlined. It’s not supposed to be like a court system. There are lighter discovery obligations. It should or is supposed to be relatively inexpensive. I’ve noticed that arbitrations can be very expensive and sometimes more expensive than litigation.

Many refer to arbitration sometimes as “law light.” This means you have some powers. Unfortunately, courts give great deference to the arbitrator’s powers. If you’re thinking, well, this arbitration decision is all wrong, but you don’t have – usually there’s about four elements where the arbitration can be challenged. You’re going to have an arbitration award that is going to be confirmed, that is going to be turned into a judgment, but there are mechanisms that are available to you and every state is different.

Usually it has something to do with bias, has something to do with the outrageous nature or the shocking of the conscience of the result, such as the facts and law so strongly pointed towards one side and then not only did the arbitrator decide on the other side, but then, like, a ridiculous result happened; it was like a million dollar dispute, and then the arbitrator said, “I’m going to hold the other side responsible for $50 million.” That’s going to get appealed, and most of the time that’s going to be at the shock the conscience level. You may think your case shocks the conscience, but we’ve been involved in a great deal of arbitrations and you’d be surprised at how little conscience is shocked by the appellate courts.

If you have any questions about this or what the four elements are, you’re welcome to contact us. We are ready to answer any of your questions.

Do you have questions about commercial litigation appeals? Contact experienced New Jersey Business Litigation Lawyers at Callagy Law today for a free consultation and case evaluation.