Will New Jersey Take My Weapons if I am Arrested for Domestic Violence? 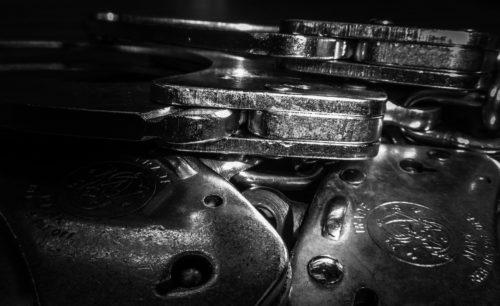 What Weapons Will Be Seized?

Basically, any weapon that could be used to hurt or kill a victim will be seized by the police in domestic violence matters.  These weapons will include hand guns, shotguns, rifles, bows and arrows, bb guns, pellet guns, air rifles, antique guns and even swords and certain knives.  Once the police seize such weapons, they are turned over to the county prosecutor who then has 45 days to determine whether to return the weapons to their owner or take forfeiture action.  Normally, the weapons will be returned to their owner unless one of the following four events occur: If the weapons are not returned to their owner, the owner will be given 60 days to arrange for the transfer or sale of his or her weapons and if the owner does not do so, the prosecutor will be ordered to dispose of the weapons.  If a Final Restraining Order is entered, the Defendant will also be ordered to forfeit his/her firearms identification card and will be restrained from obtaining a new one.

Defending the Issuance of a Final Restraining Order

You Need A Protector, A Guardian, A Champion. Contact Callagy Law

The family law team at Callagy Law has represented hundreds of clients involved in domestic violence restraining order matters, including the seizure and potential forfeiture of weapons.  Simply put, if a final restraining order is entered against you, it is highly unlikely that you will get your weapons back.  However, if the final restraining order is not entered, and the Plaintiff’s domestic violence complaint is dismissed, it is very likely that you can get your weapons back. The family law team at Callagy Law has successfully resolved domestic violence cases for our clients, both through hearings and settlements, and have arranged for our clients to have their weapons returned to them.  We will take the time to hear your concerns, and make sure that your interests are protected every step of the way.  Through our caring, urgent and aggressive representation, we will put you in the best position to defend baseless allegations of domestic violence and have your weapons returned to you. Contact Callagy Law In your service, Chris Cavalli, Esq. Partner, Family Law

About This Author - Christopher Cavalli

Christopher Cavalli is a partner at Callagy Law, has exclusively practiced family law for 23 years and is certified by the Supreme Court of New Jersey as a matrimonial law attorney. Mr. Cavalli is also a R. 1:40 Court approved mediator. Christopher Cavalli both represents clients through the mediation process and serves as a family law mediator. If you are involved in a high conflict divorce and need an attorney…...