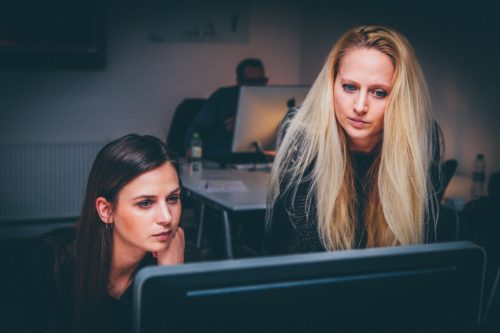 Gladwell’s Intuition and Due Diligence Continued Part II Due Diligence Begins With Your Mind Set As the Lawyer and Client: Do You Want to Believe or Are You Truly Searching for Truth? As I sat near the reception desk, waiting to meet with Scott Rothstein, Esq., a quasi-celebrity in South Florida’s legal and business community, a uniformed police officer walked through the reception area and buzzed himself through the door with a security card. When I would later read Malcolm Gladwell’s Blink, a terrific work on principals of making “accurate snap judgments,” I would better understand what happened in that “Blink Moment” to me.

My name is Sean Callagy. I am a business and litigation attorney in NJ and founder of Callagy Law, a one hundred plus employee law firm with offices in Paramus. This is Blog 2 of the Callagy Law Blog for Business Owners, their General or In-House Counsel, their financial advisors, accountants or anyone interested or involved in business. Mr. Rothstein could not have been happier to greet us. He walked us into his office that was more elaborate than any I had ever seen. His office, which required passage through multiple security doors, contained an enormous wall of photos. He was in every photo with someone famous. From sports stars like Dan Marino and Alonzo Mourning, to Jed Bush and John McCain, it was a dazzling array of the celebrity and the power that surrounded Mr. Rothstein. Another Blink moment occurred for me. It was at least the sixth since I walked into the reception area. When Mr. Rothstein sat down, he could not have been more pleasant when he asked, “So what’s up guys, I’m not sure what we are here to discuss?” Blink You see, I wasn’t there to check off a box or go through the motions. I was there to make sure my client was protected. I was there to be convinced and from the moment I walked into reception, I, unlike my colleagues, was going backwards. I was also not there to blow up the deal. I still wasn’t sure I was right in my gut that this wasn’t real. To believe it wasn’t real would mean this powerful lawyer and business man was a liar and a criminal. This wasn’t thinking about the quasi-subjective value of a business. Either these deals were real or fake. The psychology of due diligence as a business attorney is to get your answers, which include the ultimate answer of: is this right for my client. Along the way, you want to make sure you do that job to the fullest while not alienating the other side from desiring to do business with your client if the deal is right. After I reminded Mr. Rothstein of why we were there, he quickly launched into the facts behind six plaintiffs’ cases in which women had been sexually harassed by powerful men and had received seven figure structured settlements. The buy-out number was 8 million dollars on about 12 million dollars in payouts due over twelve months. We are talking an enormous return. Obviously, for any investor, these are very exciting numbers from a very powerful man with a 260 person law firm, national level political connections and, oh yes, a charitable record documented in the newspapers that was quite attention grabbing, including a one million dollar hospital donation. We chatted for a time about life and the legal profession. Then, I asked Mr. Rothstein to explain to me the history of his career in work place sexual harassment cases and how it all worked. He explained that powerful men with families do bad things. When they get caught, they will do “anything” to protect their name and family. According to Mr. Rothstein, it was all very simple. I asked him why all of these cases settle out of court. He laughed at my question. Then he explained how much evidence he and his investigative team would compile by various means, including dumpster diving, and the like. He said, “What would you do? I’m holding all the cards. You’re married, with kids, and a great business. You’ve been a very bad boy. I sit you down and tell you how it’s going to go. These guys will do ANTHING to put this behind them.” I then asked, “Don’t they ever say no?” Mr. Rothstein laughed at me again. He scoffed at my notion, looking at the retired FBI investigator and my client asking, “What is he (referring to me) not understanding. I have these guys by the b****. I just squeeze a little, and they do what I want.” I then said, “Are you sure? They never just say, screw you Rothstein I’m not paying. Come get me?” He then took on his most condescending and disdainful Jack Nicholson from a Few Good Men look and said, “I don’t think you get how the world works. And I mean that nicely. These guys will do ANYTHING I want and so would you.” Blink What would you ask next? Before I even asked my next question, I knew, without question that the Managing Partner of a 260 person law firm, who was in dozens of newspaper articles and touted by some to have a real shot at being the attorney general of the state of Florida, was a liar and running a criminal scam. What do you think? How did I know? It wasn’t only the totality of my Blink moments that told me so. It was one logical flaw that was crystal clear, and I couldn’t wait to ask my question to this pompous, arrogant criminal. What, however, was almost equally amazing to me was that the retired FBI investigator and my client, seemed to be missing all of it and were quite taken in by the show. The third part of this three part series will reveal the three true secrets to due diligence and how they relate to making sound investment, partnership or joint venture decisions.

If you have any legal questions or in need of business attorneys, please call me now, Sean Callagy at 201-261-1700. We practice business and commercial law in New Jersey and New York.