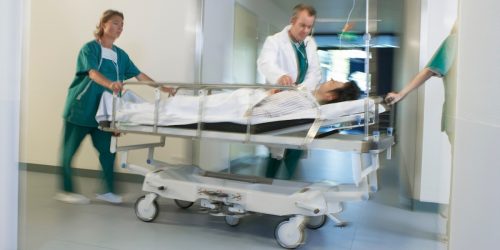 As a general proposition, state and federal laws and regulations tend to be financially beneficial to medical providers when services are performed in an ER context. Because of this, there is little benefit to a medical provider being in-network for Commercial Insurance (CI) ER services, unless the agreement calls for reimbursement at a high percentage of the hospital’s billed charges.

There are burdens placed on hospital ER departments that are not imposed upon any other medical provider. The Emergency Medical Treatment and Active Labor Act (EMTALA), federal legislation passed in 1986, for example, institutionalized ER departments as the medical provider of last resort, meaning hospitals must treat ER patients regardless of their ability to pay. Accordingly, ER departments are now the primary source of hospital admissions and constitute a safety net for the indigent, whether uninsured or underinsured, whether US citizens or not.

By virtue of these obligations, state and federal laws and regulations generally have sought to favor greater reimbursements to medical providers in the ER context.

Though New Jersey in 2019 enacted its version of the “Surprise Medical Bill” legislation, New Jersey retained the policy goal of seeking to promote ER activity through relatively greater reimbursement by virtue of the arbitration process in the legislation and its reimbursement standard of reasonableness. The legislation contains an arbitration process for resolving reimbursement disputes, rather than a plain and simple reimbursement obligation. A full understanding of how that process will be conducted, and a measured approach to that process, will enable hospitals to put their best foot forward toward a fair UCR reimbursement for ER services. As a result, the legislation still recognizes the governmental interest in, and retains an emphasis on, making sure medical providers in an ER context are being sufficiently reimbursed.

This emphasis on ER treatment warranting greater reimbursements is for obvious reasons: trauma and emergency medical services are to be encouraged, not discouraged, and you encourage these services by ensuring that the medical providers are reimbursed satisfactorily. For this reason, it makes no sense for a hospital to be in contract with insurance carriers in the context of CI ER treatment.

It is conceivable that an agreement could be sweetened in such a way by a carrier to make the overall network agreement beneficial to the hospital despite a very poor ER reimbursement provision. The more likely scenario, however, is the hospital giving up too much on the ER side of the ledger in exchange for a lesser gain on the elective surgery side.

Do not permit the carrier to bring the ER claims into the negotiations. The simple fact of the matter is that the hospital is likely to be better off with ER reimbursements being off the table or paid at a very high percentage of billed charges, rather than be subject to an in-network ER arrangement that would most probably short change the hospital.