ASC and the Out of Network Penalty 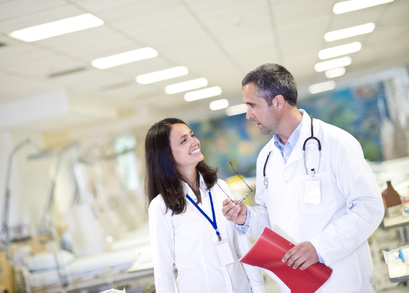 Callagy Law represents several ambulatory surgery centers (“ASCs”) in actions for PIP recoveries, and one of the most common issues that we arbitrate for our clients is the out of network penalty (OONP).  Some insurance carriers also call this penalty a “Vendor Utilization Network” penalty (VUN).  This penalty is applied when a patient receives medically necessary services at an ASC which is not in-network with the carrier.  When the carrier processes the bill, they take a 30% penalty from the amount due to the ASC, and issue payment, along with an EOB for 70% of the balance.

The receipt of the EOB with 70% of the balance is almost always the first time the ASCs are informed that they might be subject to such a penalty.

While this seems like an unfair, almost ex post facto, application of a penalty to an ASC, the carriers do have a valid argument, in that, the first time the carrier even knows that the ASC is treating the patient is often when the carrier receives an ASC bill for hosting the procedure.  The carriers argue that it would not have been possible to inform the ASC of the penalty prior to the services being hosted.

At arbitration, arbitrators will typically uphold the 30% penalty if the notice of the penalty has been sent to both the patient and the treating doctor (who typically performs the treatment at the ASC).  If both of those parties have received proper notice, the arbitrators usually rule that the carriers have done everything they can to inform all parties of the OONP.

While this might seem like an unavoidable pitfall for the surgery centers, it is important to note that, technically, the 30% penalty is a co-payment penalty.  This means that the ASC is still entitled to recover the 30%, but that they have to get the money directly from the patient.  Typically, an ASC is not in the business of being debt collectors, but they are still entitled to this money.

The best way for an ASC to protect themselves in situations like this is to communicate with the treating doctors.  Ask them if they’ve received a copy of the carrier’s Decision Point Review Plan (DPRP) (which will include language about the penalty) and ask for a copy of the DPRP.  If the DPRP does provider for the OONP, the ASC should communicate with the patient and let them know about the co-payment up front.  Maybe even create a form or acknowledgement that the patient will sign as part of the paperwork when they first come into the ASC.  It is much less likely that the patient will want to send the ASC a large lump sum payment after the fact, especially if they had no idea up front that it might be an issue.

Of course, if the ASCs want to host these types of procedures and take their chances with the potential application of a 30% co-payment penalty, that is a business decision.  Knowledge, however, is power, and ASCs should be making such a decision with their eyes wide open to all of the potential risks.