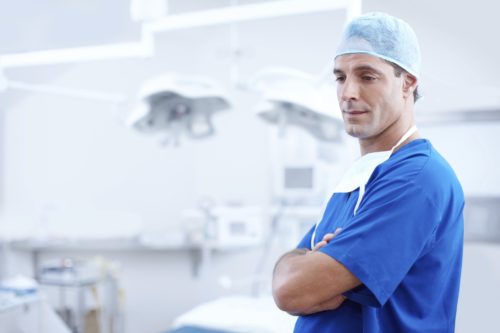 For nearly a decade Callagy Law has argued that the statute of limitation for WC claims brought on behalf of medical providers was six years.  This was founded on the notion that the relationship between the medical provider and the carrier was one of implied contract, rather than derivative of the patient’s claim against the carrier. That position was recently confirmed by the Appellate Division.

On January 17, 2019, the Appellate Division in Plastic Surgery Ctr., PA v. Malouf Chevrolet-Cadillac, Inc., A-0151-17T1, 2019 WL 256698, at *1 (N.J. Super. Ct. App. Div. Jan.17, 2019) determined that the medical provider has six years from when its claim accrues to pursue an application for payment of services rendered to injured employees. In unquestionably strong language, the Appellate Division held:

[S]ubjecting the medical-provider claims to the two-year time-bar would be like jamming a square peg into a round hole,and that to reinterpret the two-year time-bar to fit such claims would require the reshaping of the edges of this square peg contrary to principles of judicial restraint. So, we reverse the judgments that dismissed these medical-provider claims.

For background, the issue before the Appellate Division was whether the New Jersey Workers’ Compensation Statute, N.J.S.A. 34:15-15 (“the Act”) implicitly incorporated a legislative intent to subject medical providers to the two years statute of limitations in the Act or whether the enactment left timeliness of such actions as it existed prior the 2012 Amendment, i.e. a six year statute of limitation.  The Appellate Division opined that in determining the legislative intent the best indicator is the statutory language and that there “can be no doubt that the Legislature said nothing about changing the six-year time-bar previously applicable to medical-provider claims.”

The decision rested on a four-part rationale for upholding the six-year period for medical providers.

Second, in assessing the significance of an earlier draft of the Act which included a system of binding arbitration,the Division rejected the interpretation that the deletion of such language was indicative of the Act already having procedures in place for management of medical provider claims.  Rather, the Appellate Division held that the more logical conclusion is that the Legislature intended to continue applying the provisions of N.J.S.A. 2A:14-1“which undoubtedly applied to medical-provider claims prior to the amendment.”

Fourth, and most persuasive, the Division noted that the two-year time-bar for petitioner begins from two years of “the accident”.  Since “the accident”only relates to the employee’s accident, the Division remarked that gauging the timeliness of the medical providers claim form this accident would be“nonsensical”.  The Division observed that there are instances where the employee is treating longer than two years or does not seek treatment until after two years, and so imposing a two-year time frame on the provider would be counterintuitive.  This would lead to a significant and incongruous change which would extinguish the medical provider’s claim even before it accrues.

The Division also recognized that inherent in respondent’s contention that the medical provider’s time-bar should commence on the date services are provided is the assertion that medical providers are different claimants than employees.  The Division reasoned that respondent is not seeking judicial surgery to reshape the Legislature’s language to preserve legislative intent but rather to transplant a method for ascertaining the timeliness never expressed or contemplated by the Legislature. The Division“decline[d] the invitation” absent some clear expression from the Legislature.

The Division reversed the Workers’ Compensation decision and remanded for further proceedings, finding “nothing but legislative silence on the point in controversy; not even ‘a set of arbitrary signs’ [supporting] respondent’s argument.”

This blockbuster decision has opened the gates for medical providers who have been unjustly denied recourse in obtaining fair reimbursement from insurance carriers.

If you believe this decision impacts your worker’s compensation claim or if our office can be of any service to you, please feel free to call our offices at 201-261-1700 or find us on Facebook

About This Author - Rajat Bhardwaj

Rajat is a faithful urbanite who spent his years growing up in five major cities.  Before deciding to become a lawyer, he focused his time in college learning counseling therapy, as well as researching linguistic variations among urban populations. Prior to joining Callagy Law, he served as a General Equity law clerk to the Hon. Margaret Goodzeit, P.J.Ch. for Somerset, Warren, and Hunterdon counties.  Rajat also served as a judicial…...